I. Annual International football tournament U11 categories will be held from 30.4. and 1.5 2016. The tournament was attended by a total of 28 top teams from the Czech Republic, Slovakia, Poland and Serbia.

Here you will find all important information about the tournament, including the regulations of the tournament, participating teams, accommodation options for teams and fans, los tournaments and the final results.

The main figures of the tournament will head coach of the Czech national football team, Mr. Pavel Vrba who took our tournament under his patronage, which we greatly appreciate. 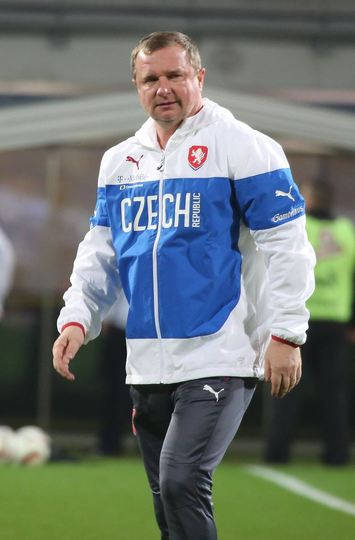 The organizers managed to gain the support of one of the biggest companies for lighting technology in the world Robe Lighting s.r.o and support of the city Valašské Meziříčí.

Last year you organized a football tournament preliminary year ValMez Cup. How do you rate in terms organizer?

A good choice was to use the natural conditions of Wallachia and cordial people in Wallachia. He met with the organizational team full of capable people to ensure high-quality facilities and a relaxed atmosphere before and during the tournament. On Saturday was clouded, dry weather and Beskydy frowning sky. Sharp sunshine on Sunday crowned the final battle and ceremony with the national coach Pavel Vrba. All the organizers deserve thanks for their commitment and dedication.

As participants evaluated the progress of the tournament?

We were surprised at the huge positive response not only on their club website, as well as direct e-mails thanking the organization of the tournament. Everybody enjoyed the opportunity to get to know our beautiful Wallachian region.

And that's why you decided to hold a further year, even though you had not planned?

Yes, you're right, last year we were convinced that we first and last tournament. They led us to the idea that next year he would not be possible to play 5 + 1, but 7 + 1, and that it is too much. Originally we planned to do a one-time event, so that our boys played against quality teams and we do so in the foothills of Beskydy "attract" quality of the Czech Republic.

But after a lot of positive feedback even from the top teams, we realized that we could well represent our city and the whole of Wallachia. The whole tournament was also enthusiastic representatives of Valašské Meziříčí, who promised to material and financial support for the organization of next year, which makes us very happy. Although it will become all the organizers a lot of energy, it would be a shame not to make it a tradition.

Why have you chosen this time dates to the turn of April and May? Do not you worry, what will prevail this time the weather?

After last year's chilling experience, we decided to postpone the date by 14 days, to try to hit the right English weather, the sun will shine, but it will be fresh. In short, we are looking for the ideal conditions for football players and fans alike.

How are organizational preparations of the tournament?

We have already concluded a list of participants. We were pleased that we were able to choose from more requests as 35 teams and it was hard for us to reject teams. We considered the expansion of the number of participants in the tournament, but in the end we decided for a maximum number of 28 teams, preferring to maintain the quality of the organization of the tournament and the length of the actual game.

Preparations are underway stadium facilities for the increased number of teams - from 24 last year to the current 28 teams. Also we are preparing two large playgrounds - we play 7 + 1 system on playing surfaces of larger dimensions than last year. All this places increased demands on the organization of the tournament.

What organizational and financial support for the tournament?

Important for us is definitely seamless cooperation with our Valasske that took over the whole tournament, financial and material patronage.

Our strategic partner is Robe Lighting Ltd. - One of the world's leading manufacturers of lighting equipment for the entertainment and architectural purposes.

The third important partner of the FAČR under the auspices of national coach Pavel Vrba, who, like last year, attended the awards ceremony.

And finally, the most important thing and that is cooperation with our football club and a great team player U11 parents.

Going for young football players, parents and fans as well as some surprises?

Yes, in addition to the traditional awards for the best individuals, we decided to add the accolade of best defender of the tournament, because in this age group are already seeing some interesting performances in terms of militancy and commitment.

For teams should be available for new separate facilities for catering, which should contribute to the smooth running refreshments teams.

For fans will be a refreshment tents at both playgrounds with traditional Wallachian specialties and not just for warmth and encouragement.

And again, for fans of the teams we are going to contest for the best team of fans, which we evaluate as a way of cheering, and overall originality fan-team. Winners can look forward to attractive valuation.

Of course the surprise will be even more, but they still let the secret ....

Ondřej, thank you for the interview